Several locations in Chickasha are listed on the National Register of Historic Places, including the Grady County Courthouse, Griffin House, New Hope Baptist Church, and the US Post Office and Federal Courthouse, which is currently utilized as Chickasha’s City Hall.

University of Science & Arts of Oklahoma

Founded in 1908 as the first college created by Oklahoma’s first Legislature, the University of Science & Arts of Oklahoma has always had a distinguished mission. Originally a women’s college, it was one of only seven such public institutions ever created in the United States. Changed to coeducational in 1965, Science & Arts continues today with its distinctive mission as a public university that provides academically- and artistically-talented students a challenging undergraduate liberal arts and sciences education. Because of its historic state, in 2001, 14 buildings were listed on the National Register of Historic Places, and Science & Arts is the only college in Oklahoma to have its entire campus listed as a National Historic District.

The Rock Island Train Depot is located at the East end of Historic Downtown Chickasha. Listed on the National Register of Historic Places since 1985, the Rock Island Train Depot is the oldest remaining piece of monumental architecture in the community. When the rail line crossed the Washita River in 1892, the city of Chickasha was founded to serve as a passenger and rail freight station. The railroad was vital to Chickasha becoming an important trade and transportation center in south central Oklahoma. 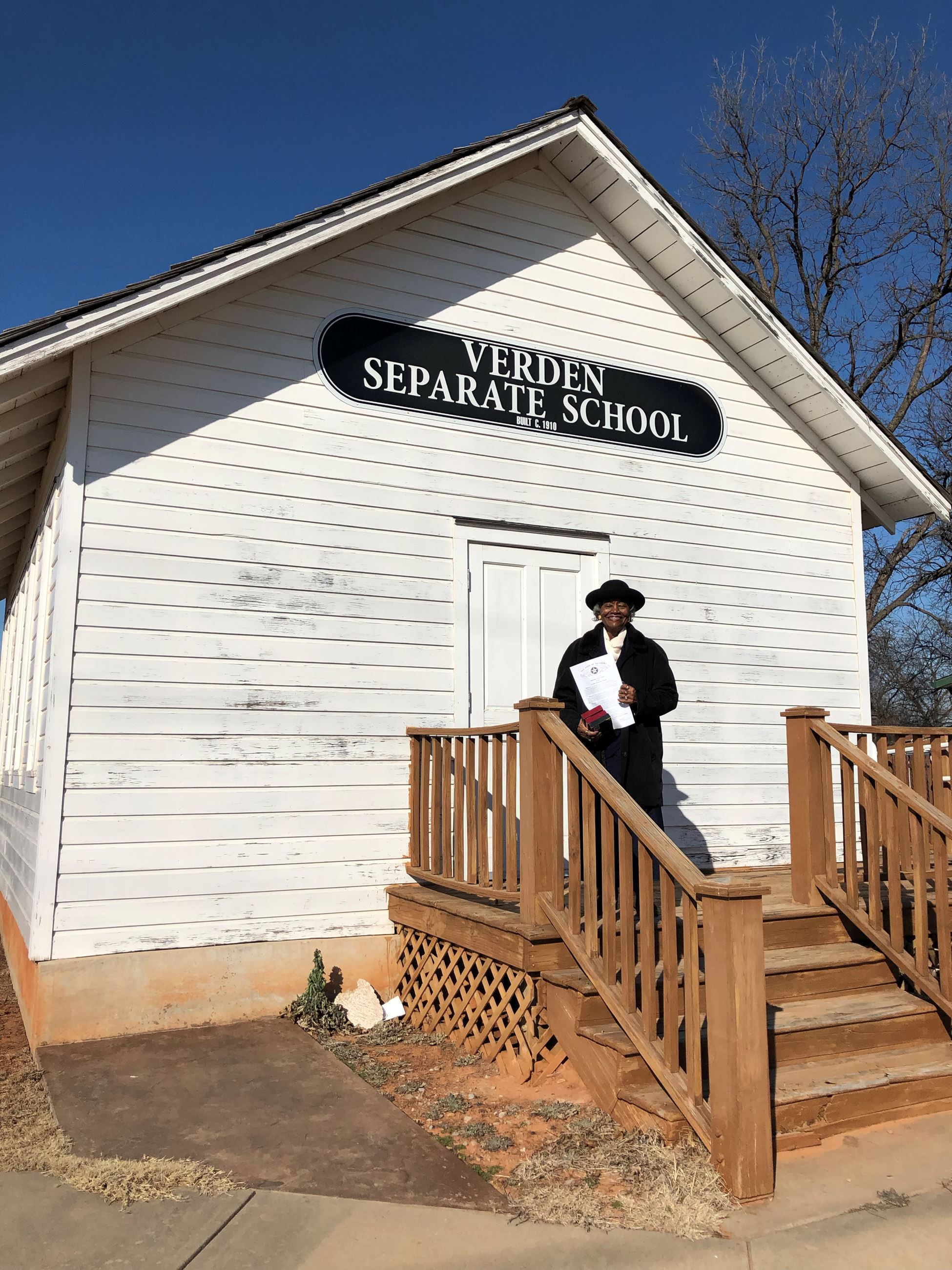 Known as “a room with a vision,” the Verden Separate School was constructed in 1910 by Allen Toles, a black farmer that built it on his farm for his children and other African American youth to attend. Relocated to Chickasha in 2004 and placed on the National Register of Historic Places in 2005, the school has been preserved and restored as an important part of early Grady County and Oklahoma African American history.

The Grady County Museum, home of the Grady County Historical Society, is housed in the former Dixie Department Store building. Collections include records of early pioneers settling in the northwest corner of the Chickasaw Nation, artifacts from the Rock Island Railroad, items from the W & B Flying School dating from the WWII era, and more.

The Chisholm Trail was a trail used in the post-Civil War era to drive cattle overland from ranches in Texas to Kansas railheads. Through Oklahoma, the Chisholm Trail generally follows the route of US Highway 81 through present-day towns of El Reno, Duncan, Chickasha and Enid.

In the late 1800‘s, the Shannon Springs artesian well was used for water on the Chisholm Trail. A park was established at the site by the early 1900’s. From 1936 to 1939,  WPA projects in Shannon Springs Park included walls and drainage ditches, the bathhouse, a large amphitheater, the caretaker‘s house, a warehouse and a stone bridge spanning the lake. 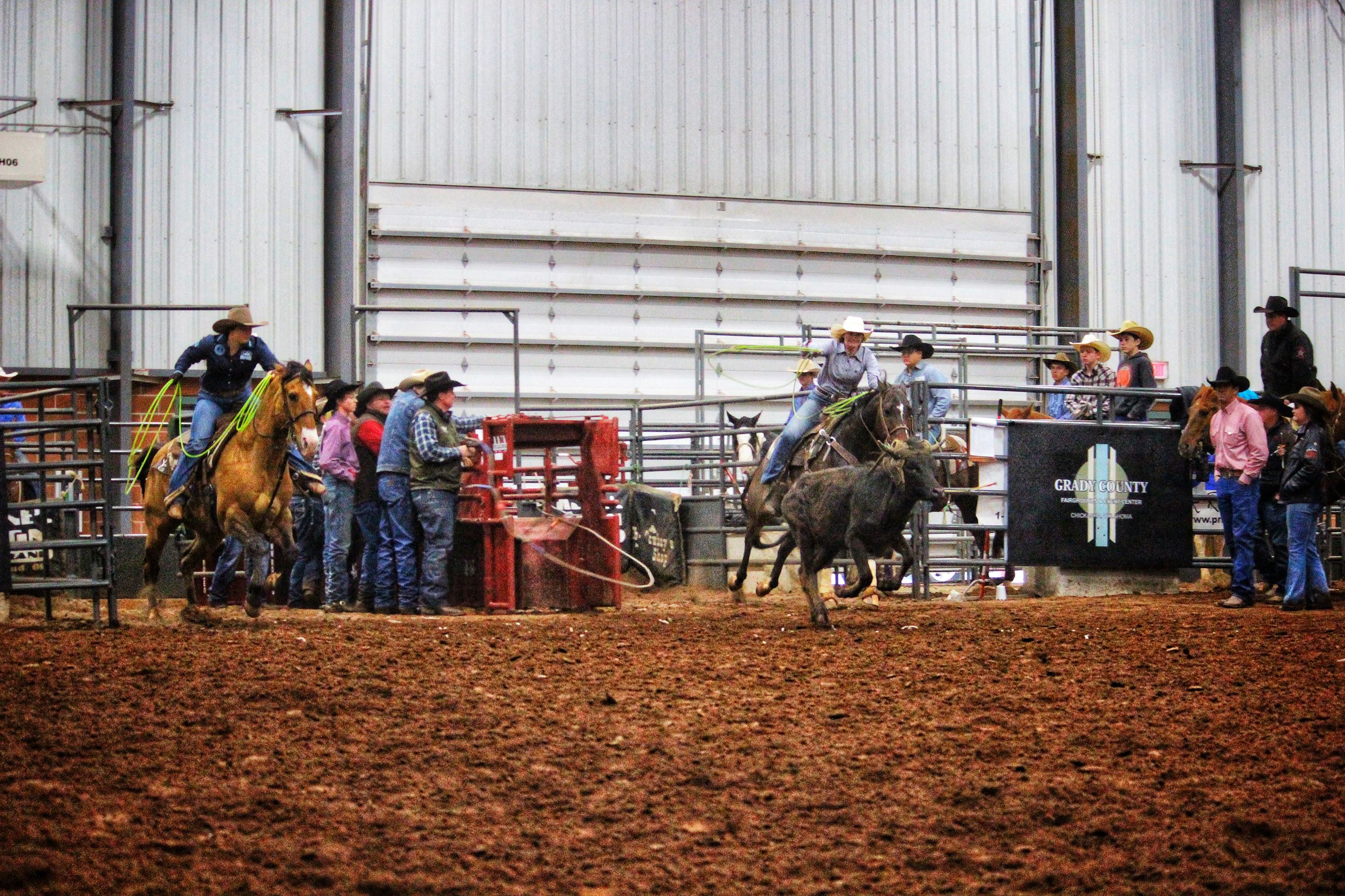 The Grady County Fairgrounds & Event Center, established in 1939 as a WPA project and updated in 2000, is one of Oklahoma’s premier event venues. The unmatched flexible floor space at the facility, is home to thousands of public and private events including rodeos, livestock shows, circus performances, the largest antique car swap meet in the nation, monster truck shows, community events and more. The newly redesigned and expanded grounds is uniquely historic, yet fully modern and continuously making strides to become Oklahoma’s most talked about Event Center.

Other WPA projects include the Chickasha Junior High School Gym and Auditorium, the Municipal Warehouse, the Washita Valley Community Center, and the State Armory, which houses the Chickasha Area YMCA.