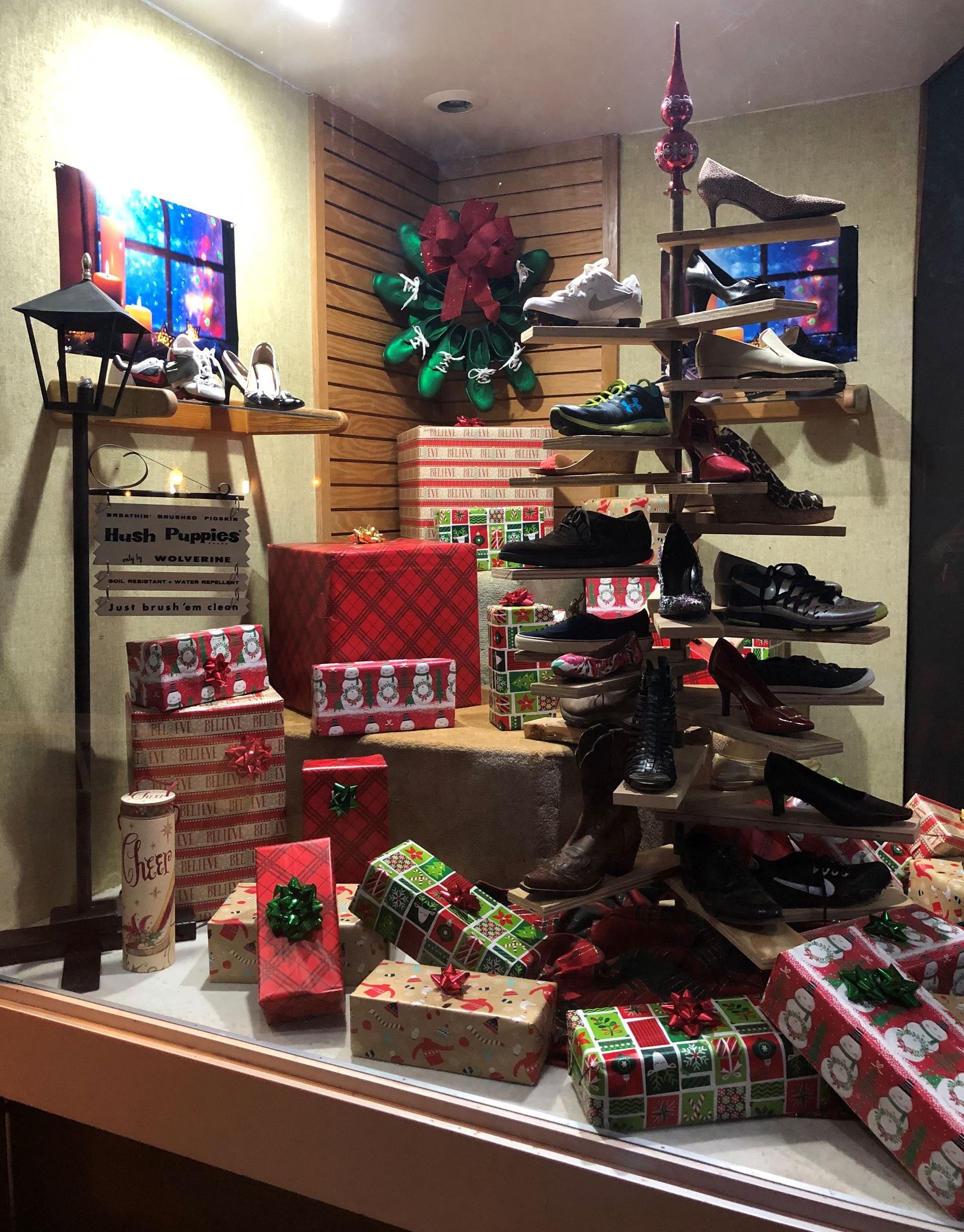 CHICKASHA, Oklahoma – December 3, 2018 – This Christmas season, Leadership Chickasha invites you to enjoy decorated windows along Downtown Chickasha Avenue. Members from their 2017 to 2018 and 2018 to 2019 classes joined together to decorate store fronts to bring a classic feel to the city.

In January, the 2017-18 Leadership Chickasha class was challenged with the question 'What is your vision of a better Chickasha?'," said Kimmy Loggins, Leadership Chickasha Co-Chair. "An Old-Fashioned Downtown Christmas, with decorated store fronts, lights on buildings and special events, was one of the visions on that list."

Their vision became a reality when the EDC Community Development Committee made the decision to place a 40 foot Christmas Tree at the end of Downtown Chickasha Avenue. Leadership Chickasha reached out to building owners asking if they would window displays to be created in their buildings.

With an answer of 'yes,' the group set out with great ideas and willing workers, but no budget. Soon the classes had secured decorations, supplies and funds for additional needs, and they were able to begin.

I am very proud of our Leadership Chickasha teams for working together on this vision project," Loggins said. "It just goes to prove what teamwork, leadership and a minimal budget can produce for our community and visitors.

The Christmas window displays will be up through the end of December. In addition to the Leadership Chickasha displays, many other stores along Downtown Chickasha Avenue have decorated their displays and windows for the season.

The group would also like to thank those who provided supplies and services to the Christmas window displays, including Barrington Electric, USAO Print Shop, HSI Sensing and Phylis Steelman.

About the City of Chickasha
The Gateway to Southwest Oklahoma, Chickasha is a small community, home to approximately 15,000 people. Chickasha is easily accessible by travel on U.S. Highways 81 or 62, or on four-lane Interstate 44, located approximately 30 minutes south of the Oklahoma City metro area. Visitors are drawn to the city for the Festival of Light, Arts Festival, sporting events and other entertainment opportunities. Visit their website, chickasha.org, to learn more, or follow the City of Chickasha on social media: facebook.com/CityofChickasha, twitter.com/ChickashaOK or instagram.com/ChickashaOK.